The opening and awarding ceremony of the 2021 Beijing CBD Photo and Video Contest exhibition was held at the Beijing CBD White-collar Station on September 26. The event was organized by Beijing CBD Administrative Committee and Beijing CBD Federation of Trade Unions and jointly hosted by Beijing Yintai Center and other partners. 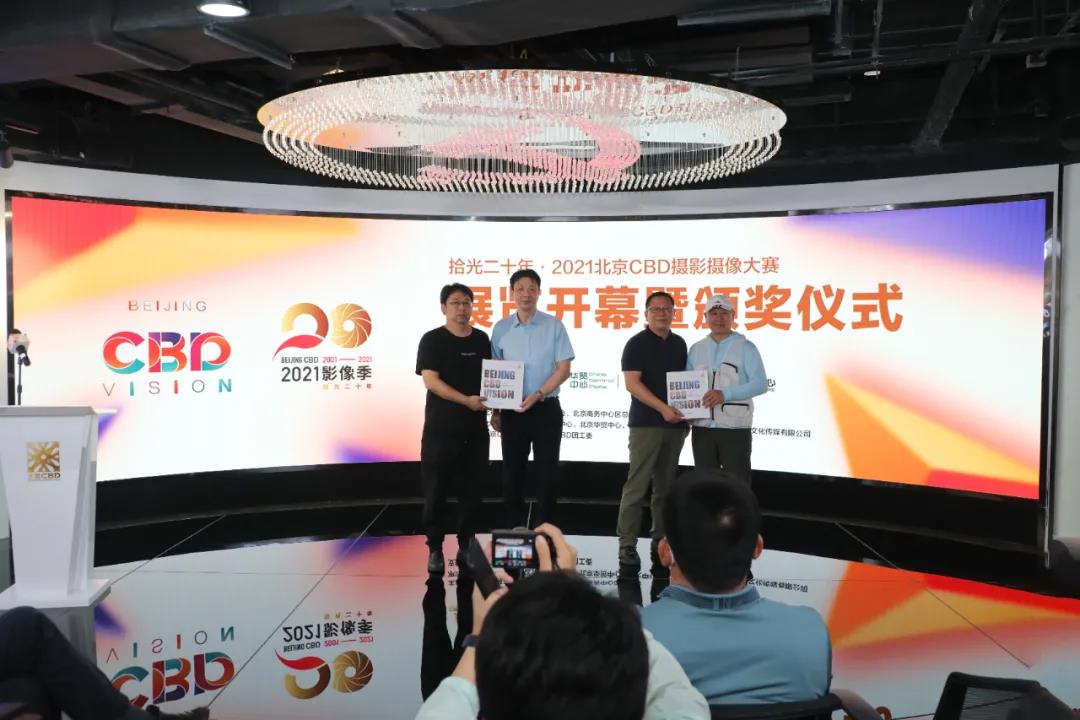 Six themes have been set for the competition, namely "Two Decades of the CBD", "Hundred Craftsmen Impression Series", "Red Mark Series", "Architectural Light Series", "100 Faces Series", and "Workers in New Employment Forms Series". Taking into account that mobile phones have become a necessity in people’s daily life, the competition also specially set up a "Friend Circle Likes" section. Nearly 1,200 works by 137 photography and video enthusiasts from many provinces and cities across the country were received during the three-week submission period.

The winning works and outstanding shortlisted works of will be exhibited in the main exhibition hall of the CBD White-collar Station, and will be successively displayed in Beijing Yintai Center, CP Center and China Central Place. The exhibition is open to the public for free and will close at the end of October.

According to the organizer, “This year, we commemorate the 20th anniversary of the CBD with the ‘Twenty Years of Light’ photography and video competition to showcase the development achievements of Beijing CBD in the past two decades in the form of images, and also to attract people from all walks of life to look at the diversified vitality of Beijing CBD with fresh eyes, and use the lens to record moments of extraordinary and beautiful stories. We also seek to advocate the spirit of craftsmanship and labor, and the gumption to forge ahead and set off in pursuit of one’s dreams”.